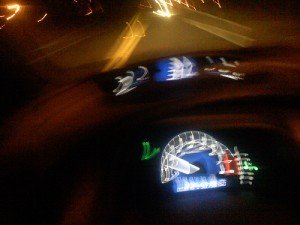 When a person decides to get behind the wheel after drinking and their impairment results in a motor vehicle accident, people generally assume that the drunk driver is to blame. And while this may be the case in the majority of drunk driver crashes, maybe there are other parties who may be at least partially responsible for the accident.

Perhaps the place where the driver was drinking prior to the crash carries part of the blame – or maybe not. There are many misconceptions about whether the owners or employees of a bar, restaurant or other venue being liable for an accident caused by a drunk driver who consumed alcohol at their establishment. In some cases, someone who has been injured by the drunk driver clearly has a case for damages against the bar. These types of cases involve someone under the legal drinking age of 21 being served alcohol, or someone who is visibly drunk and obviously impaired. However, it takes a skilled accident attorney to determine, through the gathering of detailed background information and the testimony of witnesses, that the establishment is at least partially to blame for the wreck.

In Florida, as in most other states, there is a State Statute called the Dram Shop Act that details some very specific qualifiers about the responsibility of a bar or restaurant in cases like this. Florida Statute 768.125, known as the Dram Shop law, (a dram is a unit of measurement with origins in ancient Greece), reads as follows:

Did you notice any peculiar language in that definition? I'm referring to the part that says “…a person habitually addicted to the use of any and all alcoholic beverages…”. Is a bartender or owner expected to know who is considered an alcoholic, and who is not? Even if a bar patron is obviously drunk prior to getting in his car and causing a serious accident, can it be proven that he is “habitually addicted” to the use of alcohol?

As you can see, things are not always as black and white as they first appear. The motor vehicle accident attorneys at Goldberg, Racila, D'Alessandro & Noone have successfully represented people who have been injured in a crash caused by a drunk driver. Our efforts to uncover every single detail involved in the crash can be of great benefit to someone who is seeking financial compensation for their injuries, loss of work and physical and mental pain and suffering.

If you or a loved one has been injured in a drunk driving crash, call us at 239-461-5508 for a free consultation to discuss the facts of your case.