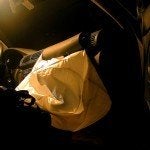 On January 30th, Toyota Motor announced recalls of 752,000 Corolla and Corolla Matrix cars in the U.S. that were manufactured from December 2001 to May 2004 due to a computer chip problem that can cause the air bags to improperly inflate. Toyota has confirmed 18 cases in this country of abrasion-type injuries from the air bag problem.

According to Toyota, “the air bag control module for the supplemental restraint system in the Corolla and Corolla Matrix vehicles could have been manufactured with faulty circuit boards. If it malfunctions, it could cause a short, causing a buildup of heat or potentially causing the air bags or seat belt pre-tensioners to deploy when there hasn't been a crash”. Owners of all the affected models will receive a letter telling them to bring their vehicles into dealers for repairs.

Last month, Toyota agreed to pay more than $1 billion in the U.S. to settle lawsuits where vehicle owners said the value of their cars and SUVs plummeted after the company recalled millions of vehicles because of sudden-acceleration issues.

Severe injury or even death can occur because of a faulty or defective product. At Goldberg, Racila, D'Alessandro & Noone, LLC, our team of personal injury attorneys has been helping people injured by unsafe products for many years. If you or someone you know has been hurt, call 239-461-5508 for a free consultation to discuss your legal rights.