Texting While Driving in Florida: Still No Laws Passed… 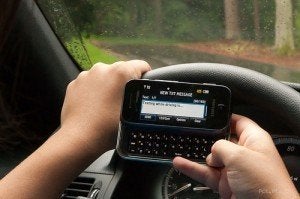 As of the week of February 11, 2013, Florida is one of only 11 states that still have no laws on the books making texting while driving a punishable offense. Although there is a newly-introduced bill awaiting to be voted on in the Florida Legislature, there are some who feel it is a case of too little, too late. And as the numbers illustrate, auto accident injuries or even death can be the outcome of this form of distracted driving.

Sen. Nancy Detert, R-Venice, a vocal proponent of banning texting while driving in Florida, received unanimous approval for her bill, (SB 52), in the Senate Transportation Committee. Yet it wasn't easy, as some senators are wondering if the bill's language is strong enough, in that it states that this type of infraction would be a secondary offense. This means law enforcement could not cite a driver for distracted driving alone – it would need to be in addition to a primary offense.

As Fort Myers Florida personal injury lawyers, the attorneys at Goldberg, Racila, D'Alessandro & Noone, LLC, have helped many people who have been injured in an accident caused by someone else being distracted while driving. According to the National Highway Traffic Safety Administration, 3,331 people were killed in crashes involving a distracted driver in 2011, compared to 3,267 in 2010. An additional 387,000 people were injured in motor vehicle crashes involving a distracted driver during 2011.

It's not surprising that a study conducted by the Pew Research Center found that 40% of all American teens say they have been in a car when the driver used a cell phone in a way that put people in danger. While there are many organizations that strongly support the proposed bill – law enforcement agencies, medical professionals, the American Automobile Association, AARP and many others – similar efforts over the last 4 years have never successfully made it through the Florida Legislature to become law.

Apparently Senator Detert is aware that her Bill may be an uphill battle, telling her fellow lawmakers, “Some of you want a Rolls Royce and you're going to get a Volkswagen… but this is what has evolved after four years of trying”.

Distracted driving can be just as dangerous as driving while under the influence of alcohol or drugs. If you have suffered an injury in an automobile or motorcycle accident that was the fault of someone who was texting behind the wheel, we can help. Give us a call at 239-461-5508 for a free consultation about your rights under the law, and let us help you recover financial compensation for your injuries.