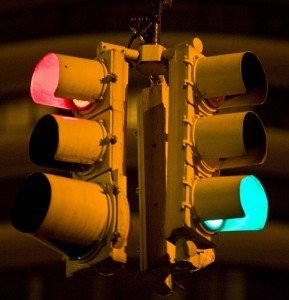 The Collier County Commission recently voted not to reinstate their contractual commitment with the vendor that operated their traffic signal cameras, designed to catch Naples area red-light runners in the act. The decision was met with applause from those in the audience. The use of red-light video monitoring systems has been under scrutiny, with some questioning their effectiveness at reducing the number of motor vehicle accidents.

Commissioner Fiala had been trying to persuade fellow commissioners to reinstate the service, after hearing concerns from some local residents and civic organizations who feared an increase in car crashes at some of Naples' busier intersections.

The commission meeting was occasionally contentious, with Chairwoman Georgia Hiller putting the heat on Collier County Sherriff Kevin Rambosk to make a firm stand on whether the county was being well-served in having the cameras installed. Rambosk initially favored the use of the cameras, then later said he was not recommending renewing the contract with ATS.

Providing some of the most compelling input on the use of the cameras was FHP Officer Paul Henry, telling the commission there was no change in the number of auto accidents at the monitored intersections over the 18-month period since the cameras were installed. Henry also pointed out what he called flaws in the system, noting recordings of violations go to ATS first, and not law enforcement authorities. He further found issue with the fact that purported red light runners are assumed guilty until proven innocent, and also cannot go to court to fight the charges unless they fail to pay the ticket. And, when ticketed drivers did go to court to fight the charges, no one from ATS was present to validate the evidence.

Henry suggested a better solution to the cameras, which had been in use at 19 intersection approaches and 10 intersections, was to review the timing of the yellow lights within the county, which is now under review.

The red light camera controversy has supporters and detractors throughout Florida, with many cities and municipalities where they were in use deciding their effectiveness was not worth the added expense and potential legal liabilities.

Red-light runners are often cited as the cause of serious car crashes, which can result in permanent bodily injury and even death. The personal injury attorneys at Goldberg, Racila, D'Alessandro & Noone remind you to use extra caution when approaching any intersection. Speeding through the yellow light in the hopes of beating the red signal may get you to your destination a few seconds earlier – or it may result in a horrific, life-altering auto accident.

If you or someone you love has been seriously injured in an accident involving a red light runner, give is a call at 239-461-5508 immediately. We're here to help, and will sit down with you at no cost to talk about the specifics of your situation.