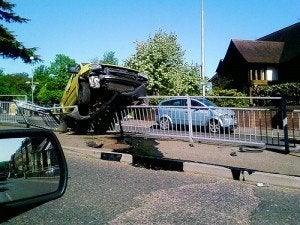 This unfortunate trend is in contrast to the numbers for teenage driver fatalities reported over the past decade. For example, 16 and 17-year-old drivers had a combined accident fatality total of 999 in 2000, but dropped dramatically to 423 for 2011.

As a Fort Myers personal injury attorney, it's tough to pinpoint the exact cause for the increase in younger drivers' deaths caused by a serious motor vehicle accident. It's unfortunate that the numbers rose, according this latest report, but for the same ten-year period from 2000 to 2011, traffic fatalities for drivers of all ages had been trending downward, and are now increasing, so they mirror the overall trend. This references a recent report released by the National Highway Safety Council which found that overall traffic accident fatalities rose 5% in 2012, which was the first year showing an increase since 2004 to 2005.

Younger drivers today experience a whole new world of potentially dangerous distractions while behind the wheel. Cell phones that enable teens to text and post on social media sites are often cited as part of the problem, and yet Florida is one of only eleven states which still is struggling to pass laws that make texting while driving a punishable traffic offense.

Parents can look to several organizations for educational support to help teach their kids about safe driving practices, including the AAA Teen Driving Safety Foundation's website at www.teendriving.aaa.com/ and the National Highway Transportation Safety Administration site at www.nhtsa.gov/Teen-Drivers.

If you or someone you love has been seriously injured as the result of an auto accident, call me at 239-461-5508 to talk about your situation. The initial consultation won't cost you anything, and I can help you determine if you may have a case to claim financial damages against the individual or company responsible for your injuries.