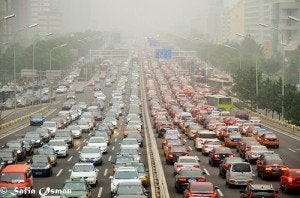 In just one day, tragic traffic fatalities claimed the lives of three more people in Cape Coral, bringing the city's toll to nine already for 2013, and tripling the number that occurred in the first two months of 2012.

Law enforcement officials say that a motorcycle and an SUV crashed on Del Prado Boulevard and NE 3rd Terrace around 4:00pm on February 28th. The horrific motorcycle accident sent flames exploding from the Ford Expedition, and thick smoke billowing into the air. There were no fatalities in that accident.

Later that day, a black Hummer was travelling westbound on Veterans Parkway near Chiquita Boulevard when it apparently crossed the median, striking a white minivan travelling in the opposite direction. Two occupants in the minivan were pronounced dead at the scene.

Then around 8:00pm that evening, FHP responded to another accident at Evergreen Road in North Fort Myers, where they say a 43-year-old pedestrian was struck and killed by a motor vehicle.

The three accidents made for a total of nine roadway deaths in the Cape already this year, well above the two or three typically seen in January and February, city officials noted, and the same number as seen in the entire year of 2009.

“There are just so many more cars and motorcycles on the roads in Lee County this time of year, and our population is growing so much”, notes Fort Myers personal injury attorney Scot D. Goldberg. “I was born and raised here, and I can tell you the Cape is not the quiet little retirement area it once was – the traffic and density now make it just like driving in a much bigger city”.

The law firm of Goldberg, Racila, D'Alessandro & Noone reminds you to always drive with caution, wear your seat belts and never use your cellular phone while behind the wheel.