Alcohol and Mixers: Surprising Facts You May Not Know

Booze and diet soda does not mix well 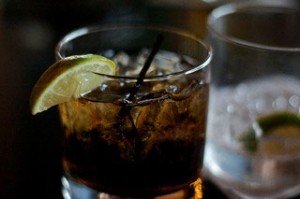 Many people think that by drinking alcohol mixed with diet soda, they will be cutting calories, which may be true. But a new study finds that the adverse effects of mixing booze with low-calorie soda can far outweigh any perceived benefits, and actually increase your chances of causing a drunk driving accident should you decide to drink and drive.

Researchers with the journal entitled Alcoholism discovered that using diet or sugar-free beverages mixed with alcohol can actually increase your blood alcohol content (BAC) more than using a regular soda product containing sugar. The study found that the sugar-free mixers resulted in more alcohol being absorbed in the system, due to the lack of sugar to act as a counter action.

Professor Cecile A. Marczinski of the psychological science department of Northern Kentucky University was one of the primary researchers of the study, and was alarmed by the results. “Participants who drank diet soda with vodka had a BAC as much as 18% more than those who consumed vodka with mixers containing sugar,” noted Marczinski. “The results were surprising”. The study theorizes that sugar acts as stimulus to the stomach, much like consuming food, while drinking. Diet beverages containing no sugar do not trigger the stomach to delay emptying, resulting in the alcohol reaching the bloodstream more quickly.

The bottom line is that in order to save a few calories, you could be at risk for causing far more severe and far-reaching damage to yourself – and to others if you choose to get behind the wheel – by mixing your cocktails with diet soda.

Michael Noone is a personal injury accident attorney who has seen the carnage and destruction caused by a motor vehicle accident caused by a drunk driver. The law firm of Goldberg, Racila, D'Alessandro & Noone, LLC urges you to exercise caution and common sense when consuming alcohol, and don't drink and drive.