2013 Starts Off with Some Tragic Lee County Traffic Accidents 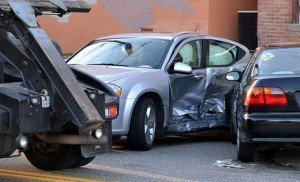 Deadly car accidents were responsible for 12 deaths in Lee County in January of this year – the same number as in Hillsborough County, which has nearly twice the population. 5 of those who lost their lives were in cars, 4 were pedestrians, 2 were motorcyclists and 1 was on a bicycle.

January's fatality total is 8 more than occurred in January of 2012, according to state records compiled by Florida Department of Highway Safety and Motor Vehicles. There doesn't seem to be any logical explanation for the dramatic increase in traffic deaths – some attribute it to the fact that so many more cars are on area roads during the winter season here, while others feel it is just a case of too many bad drivers making bad decisions.

Fort Myers personal injury attorney Scot D. Goldberg sees the devastating aftermath of car crash fatalities all too often in his law practice at Goldberg, Racila, D'Alessandro & Noone. “January was a particularly startling month as far as the number of traffic accidents resulting in deaths,” noted Goldberg. “Whether you're on foot, on your bike or in your car, it seems you never know when another driver may do something to cause a life-altering car wreck”.

According to a story in the Fort Myers News-Press, one local leader of a community group dedicated to improving safety on Lee County's roadways thinks the 12 fatalities are the result of driving above the speed limit and aggressive driving. Dan Moser, with BikeWalkLee, said he thinks that drivers need to change the culture of aggressive driving and speeding. “We are driving the killing machine”, says Moser. “We drive 10 mph over the speed limit, and we don't even bat an eye for 5 mph over”.

Whether caused by drinking and driving, as was reportedly the case in at least 2 of the car crashes and 1 of the motorcycle rider's deaths, distracted driving or not obeying the posted speed limit, everyone needs to exercise extra care when traversing our local roadways.

Call Goldberg Noone Abraham if you or someone you know has been injured as the result of a motor vehicle accident. Our aggressive representation in your fight for the financial compensation you deserve is our only focus, and we will be help you every step of the way. For a free consultation to discuss your case, call 239-461-5508 today.