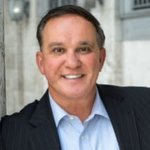 A founding member of the firm, Michael Noone is a member of The Association of Trial Lawyers of America, the Academy of Florida Trial Lawyers, the Lee County Bar Association, and the Lee County Personal Injury Association. He is admitted to the Florida Bar and to the U.S. District Court, Middle District of Florida. Mike has completed a Supreme Court Certified County Mediation Training Program with the Florida Dispute Resolution Center.

Mike was born and raised in Scranton, Pennsylvania. In 1979, he graduated from Penn State University with a Bachelor of Science degree in Criminology. After working as a Senior Claims Adjuster for the United States Fidelity & Guaranty Insurance Company from 1979 to 1984, Mike became a Legal Assistant at a prominent Southwest Florida law firm. He subsequently attended Florida State University, where he received his Juris Doctor Degree (cum laude). After completing law school, Mike returned to the same firm as an attorney. He then ventured out on his own, along with the three other founding partners, to establish what is now the law firm of Goldberg Noone Abraham in July 2000.

Mike has worked to improve our community through volunteer work with the local YMCA, as well as other youth sports organizations. He is a trial attorney whose practice centers on Personal Injury, Wrongful Death, and Insurance Claims cases.