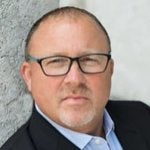 Scot Goldberg is a Partner and founding member of our firm, as well as a “home-grown” Lee County native! Scot is a proud Sea Hawk having graduated from Cape Coral High School and has lived here most of his life. Scot is a firm believer in the power of hard-work and philanthropy, and has devoted himself to the well-being of the community that raised him.

Scot earned his Bachelor of Arts degree in Criminology from the University of South Florida (USF, Go Bulls!) in 1991. While studying at USF, Scot excelled in Social Science, which led to his invitation for membership to the Pi Gamma Mu International Honor Society in Social Science.

After graduating with his undergraduate degree, Scot was accepted into the Thomas M. Cooley Law School (Lansing, MI), where he received his Juris Doctor degree in 1995. In that same year, Scot was admitted to the Florida Bar and the U.S. District Court, Middle District of Florida.

Scot began his legal career as an Assistant State Attorney with the 20th Judicial Circuit in 1995.  In conjunction with his work at the State Attorney's Office, he received certification in Juvenile Justice and Delinquency from the U.S. Department of Justice. Scot later transitioned into working as an associate at a well-known local law firm, but in July 2000 set off to become one of the founding members of what is now our firm, Goldberg Noone Abraham! In that same year (2000/2001), Scot was selected for the Who's Who in American Law. The primary focus of Scot's law practice is on Personal Injury and Wrongful Death cases.

For Scot, some of his most meaningful work involves his time volunteering in the community, especially with children. He has volunteered his time for many years with the Moot Court Program, working with local high school students to give them opportunities to participate in mock court proceedings. In addition, Scot has volunteered as a Guardian Ad Litem, has worked intimately with Meals on Wheels, and he currently acts as in-house counsel for the Coalition for Justice and the Lee County Chapter of the NAACP. Scot has also served on the Zoning and Planning Advisory Committee for the City of Cape Coral and previously as a Hearing Officer for the City of Fort Myers. Scot also has the distinction of being an Honorary Deputy with the Lee County Sheriff's Department.